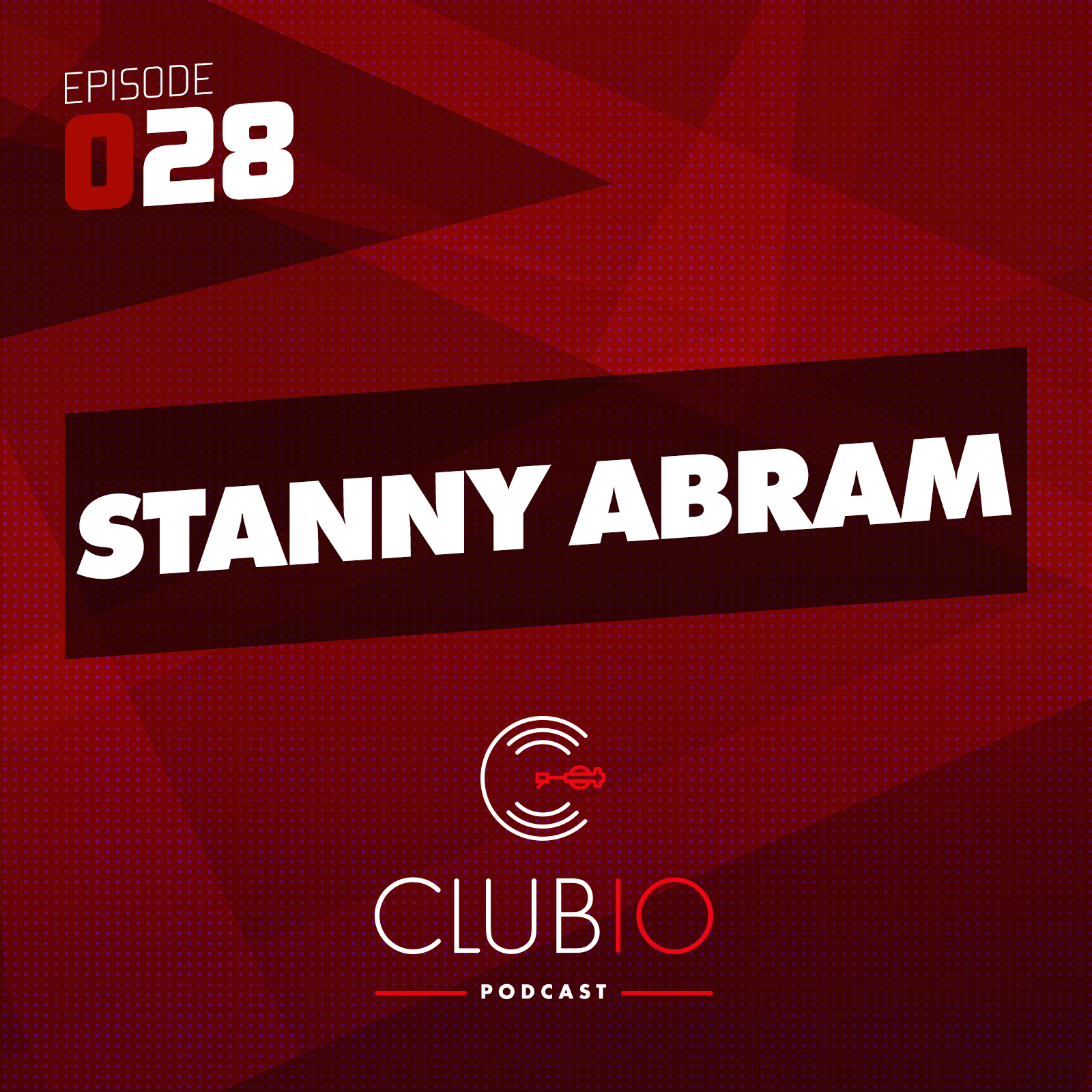 When word comes to electronic music, Stanny Abram is full od spectacular stories. Not only that we talk about musical genious, who has currently more than 1100 released tracks out there, including 6 studio albums on more that 100 international labels. He is also an owner of 6 successfull electronic music labels, an active DJ, entertainer behind decks and for the last 2 years, a host of popular radio show on Club Vibes Radio. Lets take a brief look how he built up his name.

Acid House crossed Stanny`s life and literally turned his world upside-down. Combining Acid and House, pushed Stanny to all the hottest clubs in region, and he slowly began to build up his name. The 90`s came and with them D-Team, a project, under which Stanny Abram and Ozzy Lee Tiger started experimating with music production, mostly Dance music. A few dance hit songs were delivered as a result, including. Frendy, which took the high spot placing them on the fourth place in Dee Jay Time chart at that time. At the end of the decade, Stanny`s curiosity and restless spirit, redirected his career to underground, despite his success in the EDM field. First experiments with techno began and it was his mix, Sintetic Food, that got first attention and mentionable reviews in local techno scene.

After more than 15 years wandering through different styles and genres of electronic music, Stanny Abram got the bigger picture he needed. Armed with years of knowledge and experience, he began to shape and create his own sound and found his home at house music with varieties to tech-house and deep house. One by one, releases and remixes began to leak from Stanny Abram. Step by step he mastered his skills as a producer, and on the way, he slowly built up his reputation.

The last 5 years have been most productive so far for Stanny Abram. After recieving more and more recognition from abroad, Stanny locked himself in studio and began to restlessly deliver music. On his way, he managed to launched a number of his own labels, such as Marba Records, Abracadabra Recordings, Alkakazam Recordings, Hocus Pocus Records and Gramophonique Muzik. In the last five years, besides delivering his 6 studio albums and releasing his own music, he recieved an invitation to contribute a release or a remix on more than 100 international labels worldwide, what makes him one of the most productive producers of our time.

However, one must ask himself, where does this guy get all the inspiration from? Well, we cannot answer that, but obviously, he is on the right track, since his music is flooding various charts, podcasts and dancefloors worldwide, and it is constantly played by electronic music giants, like Roger Sanchez, Carl Cox, Marco Carola, Mark Knight, Stefano Noferini, Thomas Schumaher, Sam Divine, Sonny Wharton, Umek, Chus and Ceballos, and Sergio Fernandez, to name a few.

So what can we say more. Stanny Abram is a music machine, his musical knowledge is beyond imaginable, his passion for music is endless and all of this can be seen when you see Stanny Abram perform live. His energy will simply take you away to another level.